The Online Resource for Planning Your Wedding

How to Pop the Question 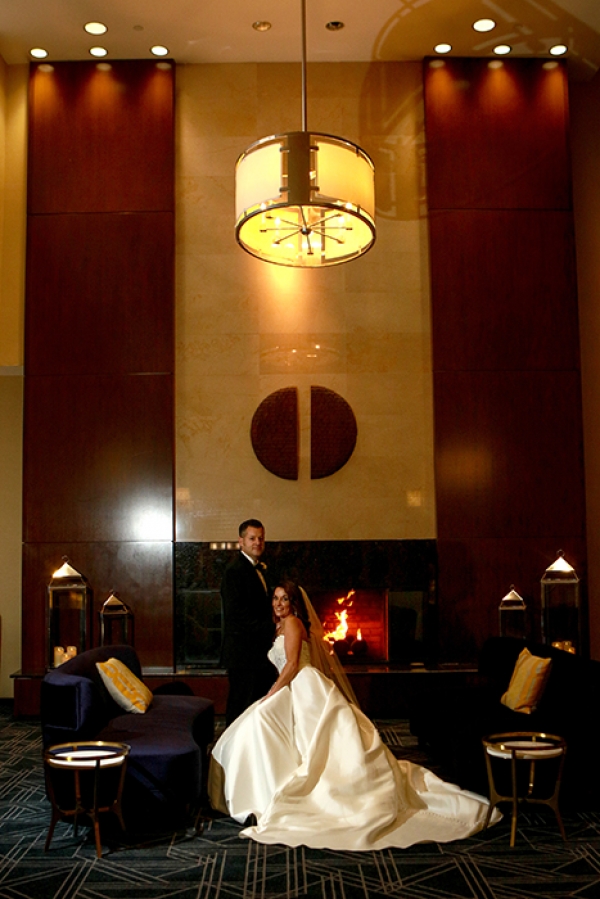 Asking for someone’s hand in marriage may seem like an outdated tradition, but many still see it as a must when making such a lifelong commitment. Whether that means asking her father or someone else dear to her heart, it’s seen as a respectful gesture to many families. But as wedding traditions continue to become more modernized and grow further away from their roots, is it still necessary to ask for her hand in marriage?

Traditional or Modern: Which is Right for You?

It’s true that asking for someone’s hand in marriage is a tradition that dates back as long as there have been weddings. If the wedding was not arranged by the parents it was considered bad taste if the groom did not get permission from the father of the potential bride to be. Is this tradition still relevant? Is not asking a more modern approach? We like to think of ourselves as progressive however in this case we do think the more traditional ask is the way to go. We do think that one way to modernize this tradition is to make sure you get BOTH parents permission.

From a modern view point there is something that’s rapidly changing: gender roles. Whether you’re a female in a heterosexual relationship and decide to propose to your boyfriend, a same-sex couple that decides you should both propose together, or something else, the options are open and endless. No matter what tradition came before you, you should feel comfortable throughout the experience. So, whether you opt to go along with tradition or take a more modern approach is completely up to you.

Top Tips for Asking Their Hand in Marriage

Since there is no handbook for getting engaged and it’s easily one of the most nerve-wracking moments of your life, proposing can be a stressful endeavor. You only get one chance at this process and you want to ensure it’s everything she’s been dreaming of and more. So, before the moment gets too close, consider these tips before asking her to marry you.

First, ensure you are both on the same page. Surprise engagements are always exciting. Presenting her with a stunning ring on one knee is a moment you’ll both remember forever, but it’s sometimes better if it’s not a total surprise. It might be smart to make sure you are on the same page with the idea of marriage in the not-so-distant future. If you are planning to ask for her hand prior to proposing and it turns out she says no, it might turn into an awkward situation with her family.

Second, consider her dad’s personality. Before you attempt to ask for her hand in marriage, consider the way he might like to be asked. Many fathers appreciate a face-to-face chat where you can sit down together to talk about your intentions. Although, if you’re not very close with her father, it may be less awkward to do it over the phone. While it’s not usually that long of a conversation, nerves can easily take over and create a stressful situation. It’s best to do it the way you both feel most comfortable so you feel relaxed enough to share your feelings.

Third, explain why you want to marry her. While the purpose of the conversation may be directly asking him if he’s okay with the marriage, there’s a good chance he’ll counter back with, “Why do you want to marry my daughter?” You may have a million reasons but unless you consider what to say ahead of time, it may not come out as clear as you would like. So, come up with a thorough answer to this question beforehand.

Fourth, it’s time to plan the proposal. Hopefully asking for her hand in marriage was a success and he said yes with open arms. If so, you can proceed with planning the perfect proposal to exceed her expectations.

So, what if your story is unique and it’s not as clear as to who should ask? Unfortunately, there’s no clear answer. It’s something that you will both need to feel out and possibly have a conversation about. Oftentimes an engagement isn’t a complete surprise anyway, so talking about your future plans shouldn’t ruin the experience. But if you do want to be discrete, then keep it a secret! Nothing should stop you from doing what your heart is telling you is right. If you want to be respectful to your future spouse’s family but aren’t sure if you should ask, communicate that with their family. Whatever method you choose—no matter how stressful—it will hopefully end in a successful proposal and a lifetime of happiness.

Read 271 times Last modified on Friday, 31 January 2020 13:28
Tweet
Published in The Groom
More in this category: « Responsibilities of the Groom When Planning Their Wedding 3 Ways To Figure Out The Ring Size Of Your Girl Without Her Knowing »
back to top